There are numerous theories of how tramway locomotives came into being, and when the first one was built, however many people believe that Charles Beadle, an Erith coal merchant [whose sons Frank and Fred Beadle, formed Beadle Brothers who brought “SYDENHAM” new], is said to have fitted an Aveling & Porter tractor engine with flanged wheels in the early 1860’s so that it could run on a railway he had built to carry coal from Erith to St.Mary Cray, for use in Johnson’s paper mills.
One of the first official tramway locomotives was No.129, which was supplied to the Admiralty, for use at Chatham Dockyard in February 1865. Between 1865 and 1874 a further five tramway locomotives were supplied to Chatham Dockyard. These being;

These locomotives were used for general haulage, during much of the extension work, which took place there. They had an advantage over railway type locomotives in that their flywheels could be used to drive such machinery as stone crushers and grinding mills when they were not in use as locomotives.

Although no images are believed to remain of any of these locomotives, an image does exist, believed to be Aveling Porter Works No 1524 built 1879, taken whilst owned by Booth Bros., Borstal cement Works, near Rochester (on the opposite bank of the river Medway to the Dockyard). 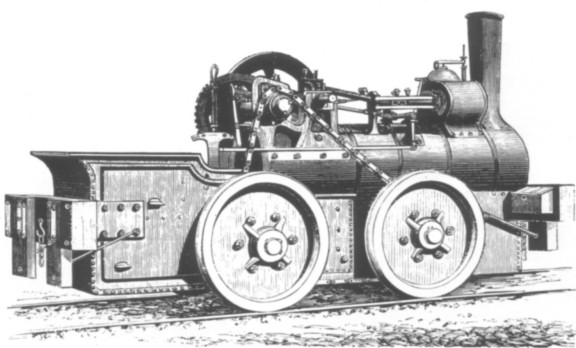 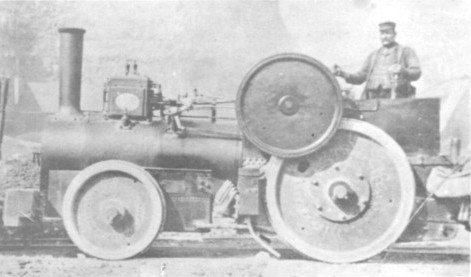 More info on the Tramway Locomotives can be found on the Industrial Railway Society website, here.